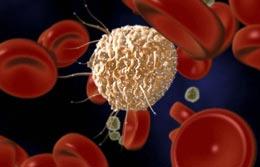 The MS Society and the UK Stem Cell Foundation (UKCSF) have granted a whopping £1 million in funds to UK scientists for the commencement of their work on major international trials aimed at investigating the safety and efficacy of stem cells in impeding, limiting, or reversing brain and spinal cord injury in people with multiple sclerosis (MS).

Many scientists are of the opinion that this one-of-a-kind international collaboration will drastically decrease timescales in determining whether stem cells are safe and effective for treating MS.

In a statement issued on July 29, the MS Society said that three UK studies have received funding amongst the international trials.

The use of immunotherapy in the form of autologous mesenchymal stem cells for the prevention and potential reversal of neurological deterioration in relapse-remitting will be investigated in one trial. This trial being a collaborative study comprises nearly 150 to 200 MS patients worldwide, including those from the UK, Italy, the US, and Canada.
Led by Dr Paolo Muraro from Imperial College London, the trial will be conducted at 2 sites in the UK: London and Edinburgh.

In an effort to provide each patient with a large boost of their own stem cells, Muraro and colleagues are expected to gather bone marrow stem cells from 13 MS patients, culture them in the lab, and re-inject them back into the same patients.

In this way, the stem cells are expected to travel to the brain and repair the damage caused by MS, including that which is currently in progress in the “active lesions.”

Led by Professor David Baker of Queen Mary University of London, another project is said to evaluate the effect of neural stem cell transplant therapy in optic neuritis (an MS symptom causing vision impairment due to inflammation of the optic nerve in the eye).

A third project led by Professor Cris Constantinescu of Queen’s Medical Centre (QMC) Nottingham and colleagues is aimed at gathering more information about mesenchymal stem cells that influence the immune system and have potential to protect and repair brain cells and nerves. Ultra-high field imaging will be used to examine phenotypic characteristics and immune interactions of mesenchymal stem cells, in particular, in order to gain more knowledge about these cells for future trials.

About 1 in every 650 people in the UK is affected by MS. Having a family history of MS, such as parents or siblings, significantly reduces a person’s risk of developing MS to about 1 in 100.

MS is caused when the protective myelin sheath, which prevents the nerve fibers in the brain and spinal cord from short-circuiting, is attacked and damaged by the body’s own immune system. The injury limits the to-and-fro transmission of impulses in the brain and body and eventually causes sight-impairment, muscle stiffness, disability, and loss of bowel and bladder control in patients. Although increasing numbers of drugs are available to treat certain symptoms of MS, there are none that can reverse the damage or limit disease progression.

Stem cells are totipotent and have the ability to develop into any other cells under the right conditions. Thus, stem cells can be used in tissue repair requiring replacement of damaged cells with new cells as they have great potential as therapies. Moreover, unlike donated cells, there are no problems with rejection because they have the same DNA as the patient.

However, there are certain risks, such as uncontrolled cell proliferation as seen in cancer, that are associated with using stem cells, and these are few aspects that the scientists are trying to control and look out for during trials.
Intriguingly, there is a 25% (1 in 4) and not a 100% chance of developing MS if a person has an identical twin with MS. Just because one identical twin has MS, it does not necessarily mean that the other will develop it despite 100% similarity in genes. Since MS is not merely a genetic disease, it is important to explore the phenotypic characteristics, as these are mainly associated with how the environment influences the genes.

Chief Executive of the MS Society, Simon Gillespie, told the press that: “Stem cells hold tremendous potential as a future treatment option for people with MS. We are delighted to be funding this world leading research which shows the power of international research collaboration and joint working between charities.”

Chief Operating Officer of the UKSCF, Lil Shortland, said that it has been possible to rapidly raise the vital funding required for these new projects only due to the joint effort with the MS Society: “MS is such a debilitating condition that devastates the lives of so many people, particularly in the UK. We hope these projects will lead ultimately to the development of successful new treatments for multiple sclerosis within the next three to five years,” she added.