A recent report from the WHO’s International Agency for Research (IARC) on Cancer provides some great news for coffee lovers: it indicates that coffee is not likely to raise cancer risk but it may basically reduce it. On the other hand, the report also identified that drinking scalding hot beverages could increase the possibility of esophageal cancer. 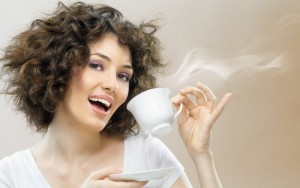 Investigators from across 10 nations – including Mariana Stern, Associate professor of Preventive Medicine and Urology at the University of Southern California – presented their results in The Lancet Oncology.

The team achieved its conclusion by examining over 1,000 studies looking at how intake of very hot beverages – which includes coffee, yerba mate, and tea – may impact the risk of numerous cancers.

The analysis of carcinogenic results of coffee intake were last made by the International Agency for Research on Cancer (IARC) 25 years back.

That review concluded consuming coffee as “probably carcinogenic to human beings,” after determining “restricted evidence” of  association between consumption of the beverage and bladder cancer.

However, the IARC observed that there have been several researches evaluating the effects of coffee intake over the previous 25 years, and such research may describe the earlier association with bladder cancer, which prompted a new review.

Coffee intake connected to reduced threat of some cancers

The new assessment came to the conclusion that, overall, there is “insufficient evidence” to recommend that coffee intake raises the risk of cancer.

The greater part of research revealed coffee intake does not raise the risk of cancers of the pancreas, breast, and prostate.

In addition, the review identified that consuming a cup of coffee every day may decrease the risk of liver cancer by 15 %, while research also revealed a decreased risk of uterine and endometrial cancers with coffee intake.

The association between coffee intake and 20 other cancers was inconclusive, according to the review.

The IARC says the new results do not indicate their last review was incorrect to consider a possible association between coffee intake and bladder cancer, but that more research are now accessible to determine that the formerly recognized risk was due to other aspects, like smoking.

While the evaluation drew some beneficial results about coffee consumption, it also concluded that taking  piping hot beverages – such as coffee and yerba mate – is “possibly carcinogenic to humans.”

The investigators identified that consuming any beverage at a temperature of 149°F (65°C) or greater may increase the risk of esophageal cancer – a type of cancer that starts in the esophagus, the muscular tube that connects the throat to the stomach.

The research team notices that in specific nations in South America, like Argentina, Uruguay, and Paraguay, it is common practice to take yerba mate at temperatures between 150-212°F (66-100°C).

Remarkably, these nations also have great rates of esophageal cancer, and the causes for this have not been well recognized.

The new evaluation indicates that consuming very hot beverages may perform a role, particularly after discovering no connection between consuming cold or warm yerba mate and increased cancer risk.