Cold sores triggered by the herpes virus re-establish under stress; now, researchers have identified the cellular mechanism that enables this to occur. The study was presented in Cell Host and Microbe. 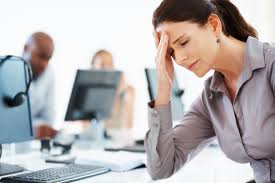 Around 90% of the US population has the herpes simplex virus (HSV), which causes cold sores, repeated eye infections, genital lesions, and in some cases encephalitis, a swelling of the brain with a 30% mortality rate or 70-80% if left without treatment.

Earlier studies have linked a protein known as JNK to stress. The team already understood that HSV lays inactive in neurons and that stress activates viral reactivation. Corticosteroid, a natural stress hormone, has been proven to stimulate the JNK pathway and lead to neuron death.

New study was performed by a team at the University of North Carolina School of Medicine, where senior author Mohanish Deshmukh is an expert in neuron survival and death.

The team began by pushing the virus to turn into an inactive state in mouse primary neurons and then to become reactivated. This allowed them to research particular cellular protein pathways possibly engaged in viral reactivation.

To figure out if the virus could sense when the neurons are under stress and stimulate an escape pathway, they targeted on the protein JNK. To a dish of mouse neurons, main author and virologist Anna Cliffe added substances that mimic the loss of nerve growth factor; neurons require this factor to stay healthy.

She also utilized a corticosteroid to imitate what occurs in the body, as stress leads to high amounts of corticosteroids to be released.

Outcomes revealed that the JNK protein pathway was triggered just prior to the virus starting to leave neurons. When the JNK pathway was obstructed, the virus could no longer re-activate.

The team also identified that the virus could be re-activated even when the viral DNA in neurons is repressed.

Investigators identified that the histones connected with viral DNA did not go through the process of demethylation that enables tightly packaged DNA, identified as chromatin, to turn more open so that gene expression – such as HSV gene expression – can take place; this is how the virus turns into a reactivated state.

This is amazing, because generally, the methyl marks – or epigenetic modifications – have to be eliminated before DNA can be opened; in this case, gene expression took place even when the methyl marks were still there.

The studies show that the virus is capable to transform its chromatin via phosphorylation of the histone following to the methyl mark; the methyl marks behave as a methyl/phospho switch or, as Deshmukh says, “brakes to reject gene expression.”

He describes that “phosphorylation produces the brakes just sufficient so that a small amount of viral gene expression can happen,” and phosphorylation also relies upon on the triggering of the JNK pathway.

The studies link the stress-activated process to the very initial modifications in the viral DNA.

Once the first brakes are eased, full viral gene expression needs elimination of the repressive histone methylation to be able for the virus to finish the reactivation procedure. This, in turn, results in full virus formation outside the neuron.

From there, disease states like as cold sores and encephalitis are created.

“We are thrilled about the chance that this stress-activation pathway is present in humans. All of the components of these pathways are identified in human neurons. And we know that stress re-activates herpes simplex virus in humans.”

The investigators want to repeat the outcomes in human neurons. If they can verify that the JNK pathway is essential for viral reactivation in human beings, this could result in remedies for diseases linked to both HSV and other relevant viruses. In Cliffe’s view, the neurons identified represent “a good treatment target.”