Investigators from the John Hopkins University School of Medicine in Maryland recently used cutting edge biological approaches to explore the mechanisms behind the Zika virus’ mode of attack in the fetal brain. 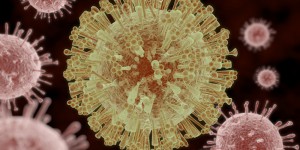 The Zika virus is transmitted by mosquitoes and results in only mild symptoms in most people, yet its impact on the unborn child can be destructive.

Zika has been proven to cause microcephaly in babies – a problem characterized by an especially small head and brain. The virus also seems to be capable to trigger other brain problems.

Medical science is struggling to find out exactly how the virus interacts with fetal tissue in a hope that some type of defense towards the virus can be designed.

A study group, led by Guo-li Ming and Hongjun Song, applied an innovative method to discover new information about how Zika makes these serious changes to the developing brain.

Earlier work by the Hopkins team illustrate that Zika virus infection is connected to the death of neural stem cells.

However, as the authors were quick to mention, the 1st study was performed in 2D tissue culture and for that reason could have skipped specific factors of normal brain development.

For the latest study, Ming and Song used organoids, which are, in effect, mini-brains. They can be developed in a laboratory and live for 100 days. They have been used for several years, but they also come with inherent issues.

Organoids can be extremely helpful for medical investigators, but they are excessively costly, putting them out of reach for most laboratories; they also have complex protocols attached, making controlled studies challenging to perform.

The investigators managed to bypass these challenges by 3D-printing miniaturized spinning bioreactors, which could then be used to generate a great number of organoids from human stem cells. These bioreactors permitted the investigators to analyze Zika in developing neural tissue in the most life-like situation to date.

One of the lead author Song, says that:

“When the Zika disaster emerged, we saw that we have the ideal system to research the effects of the virus.”

The team’s mini-bioreactors were capable to generate 3 kinds of neural tissue – forebrain, midbrain and hypothalamus – capable of living up to 100 days. This presented the team sufficient time to observe brain activity as it designed over the equivalent time period of early and mid-pregnancy.

Their results replicated their earlier research; they proved that Zika prefers to infect neural stem cells and that the 1st trimester is the period of time when the brain is at most risk. Ming, a professor of neurology, observed that:

“The organoids are very small, and they are not producing neurons effectively when they are infected with the Zika virus.”

Infection of completely developed neurons definitely did occur, but the Zika virus preferentially attacked the young, developing neurons, even in the later stages of development. This lines up well with the outcomes from their earlier 2D investigations.

The outcomes on their own are essential as an addition to the entire understanding of the way Zika affects; the results also underline the usefulness of this innovative method in future research. As Song says:

“With the bioreactor, the model now has power as a preclinical testing ground for possible treatments.”

The study is presented recently in Cell; the authors are making the technology accessible to the scientific community. The team is presently examining FDA-approved substances on the organoids in the hope that one may have an effect on the Zika virus.

Due to the fact Zika’s neural effects are a new area of research and also a quickly developing and extremely serious public health problem, investigators are notching up the intensity of the hunt for remedies.