According to a study presented in Biomaterials, Ginger is spicing up the search for a treatment for inflammatory bowel disease. Provided in the form of nanoparticles, investigators think ginger could provide a targeted and powerful solution for this potentially devastating problem. 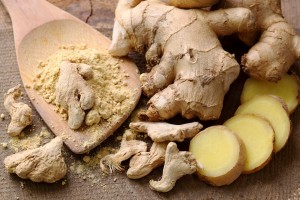 Inflammatory bowel disease (IBD) as the name suggests refers a set of conditions in which the intestines become inflamed. The trigger of IBD is unidentified, but researchers consider it could be an autoimmune problem, in which the human body’s immune system wrongly attacks itself. The two main types of IBD are Crohn’s disease and ulcerative colitis.

Individuals with IBD usually encounter diarrhea and pain, which could be severe and they may lose blood via the rectum. They are also more vulnerable to issues like anemia, as their intestines do not absorb nutrients properly.

Scientists have been searching at nanotechnology as a technique of providing drugs, which includes drugs targeted at the digestive system.

The benefits of nanotechnology are that it can provide lower doses of drugs to particular areas, thus preventing undesirable results on the rest of the body.

Ginger has long been identified for its therapeutic outcomes. It has been applied for 1000’s of years as a treatment for a variety of health problems, which includes arthritis, colds, hypertension, migraines and nausea.

It is applied in a various forms like dried, crystallized and powdered etc in sweets and savory foods, and as a drink.

Ginger tea is believed to help digestion. Ginger supplements are accessible from health food stores in the type of chews, or combined with honey as a digestive support.

However, the new treatment will not be obtained via teas or chews. Investigators from the Atlanta Veterans Association have applied super high speed centrifuging to get ginger derived nanoparticles (GDNPs).

The research team, led by Dr. Didier Merlin and the Institute for Biomedical Sciences, began by juicing fresh ginger root.

Following, they applied a super high speed centrifuge to obtain ultrasonic dispersion of the ginger juice and make pellets.

Each nanoparticle was around 230 nanometers in diameter, and above 300 of them could fit over the width of a human hair.

Results from mouse research suggest that the particles can decrease acute colitis and prevent chronic colitis and colitis related cancer.

The particles can effectively focus on the colon, as they are consumed primarily by cells in the lining of the intestines, where IBD takes place.

They  also seem to be nontoxic.

As an outcome, the investigators recommend that the particles could be applied to treat the two major types of IBD along with cancer connected to colitis.

Constituents that assist to relieve IBD.

The authors state that the great levels of lipids, or fatty molecules, in the particles is essential to their therapeutic effect. The ginger plant consists of natural lipids, which includes phosphatidic acid. These are essential for building cell membranes.

Other key active ingredients that normally take place in ginger are 6-gingerol and 6-shogaol. Earlier study has suggested that these substances can assist prevent oxidation, inflammation, and cancer.

It is these elements that also make ginger efficient against nausea and other digestive issues.

Providing these substances in a nanoparticle could be a more powerful way of aiming for colon tissue than taking natural ginger as a food or supplement.

Ginger could possibly be a cost effective source of medicine.

Merlin’s team is also thinking about other plants, as possible “nanofactories for the manufacturing of medical nanoparticles.”

Merlin and his co-authors have explained plants as a “bio-renewable, sustainable, varied platform for the development of therapeutic nanoparticles.”