Investigators have begun planning for the initial clinical trial to examine a vaccine candidate that may help protect us from the Middle East Respiratory Syndrome (MERS) causing coronavirus. 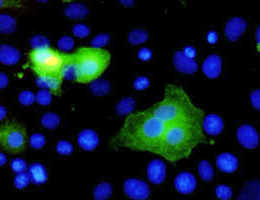 This is follow up to a previous study conducted by Ludwig-Maximilians-Universität München (LMU) that confirmed the vaccine’s therpautic effect in the preclinical studies.

Publishing in the Journal of Virology, the investigators conclude that the vaccine – known as MVA-MERS-S – fulfills essential requirements for use in clinical trials.

MERS is a respiratory disease triggered by the MERS coronavirus (MERS-CoV).

Initially, this condition leads to flu-like symptoms, but can quickly develop to a serious respiratory problem that can be deadly. There is presently no vaccine available for MERS-CoV, which has a mortality rate of about 36%.

MERS-CoV was initially identified in 2012 in Saudi Arabia. It has propagated to other nations in the Arabian Peninsula and to US and Germany – where the vaccine is being developed.

The current MERS outbreak in South Korea, where 166 confirmed cases and 12 deaths have been claimed, is the biggest until now recorded outside the Middle East.

Several researchers have commented that mammals perform a role in spreading MERS. For instance, one study has demonstrated that MERS may have began in bats, and one more, that MERS could be transmitted via camels.

Vaccine based on a safe virus carrying MERS-CoV antigen

Couple of years back, Gerd Sutter, a virology professor and chair of LMU’s Institute for Infectious Diseases and Zoonoses, and his research team claimed they had made a vaccine candidate for MERS-CoV.

Along with investigators from LMU, the vaccine development team consisted of members from Marburg University in Germany, and the Erasmus Medical Center of Rotterdam in the Netherlands.

In the new research, they explain how subsequent pre-clinical tests ensure that the vaccine is effective, providing the way for phase 1 clinical trials.

In this research, team used a safe vaccine virus known as Modified Vaccinia virus Ankara (MVA) as a vehicle to carry an MERS-CoV antigen known as the spike glycoprotein (protein S).

Once it gets inside the body, the modified virus gets into cells and creates many copies of the MERS-CoV protein S, showing them on the cell surface so they can be easily identified by the immune system.

When the immune system identifies the MERS-CoV protein S, it starts to generate antibodies and T cells against the pathogen.

Assessments in cell cultures and mice demonstrated vaccine is effective

As an initial step, the investigators demonstrated the vaccine had the needed immune reaction in cell cultures – it developed protective levels of MERS-CoV-neutralizing antibodies.

Following, the team used mice genetically modified to be vulnerable to MERS-CoV infection and subjected them to varying doses of the vaccine.

Prof. Sutter states that the outcomes show the vaccine candidate is safe and effective.

“Thus, there is no noticeable risk that the immune reaction might exacerbate instead of prevent the infection.”

We are preparing for the next stage, a phase 1 clinical study in human beings. It is currently under way with the support of a €1.5 million ($1.66 million) fund from the German Center for Infection Research (DIFZ).