World’s first malaria vaccine has got approval from European Medicines Agency (EMA), addressing a major move toward prevention of a condition that kills more than 500,000 individuals globally every year, most of them being kids in Africa. 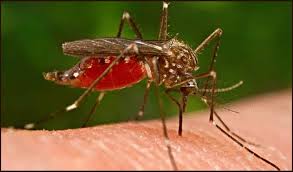 After evaluating the quality, safety and effectiveness of the vaccine known as RTS,S (brand name Mosquirix) EMA Committee for Medicinal Products for Human Use (CHMP) consider it should be used for immunization of kids in Africa aged 6 weeks to 17 months, together with other safety measures against malaria – like as insecticides and bed nets.

The CHMP recommendation is the initial move toward RTS,S becoming the initial approved vaccine for malaria. Next year, independent advisory teams from the World Health Organization (WHO) will evaluate evidence for the vaccine and make a decision whether to suggest its use.

Malaria is a life-threatening condition triggered by Plasmodium parasites, passed on to humans through the bite of Anopheles mosquitoes.

Plasmodium falciparum is very dangerous malaria parasite, which the RTS,S vaccine targets. The vaccine works by causing an immune reaction in the body when P. falciparum initially goes into the bloodstream, protecting against the parasite from infecting and growing in the liver.

There were about 198 million cases of malaria all over the globe in 2013 and about 584,000 deaths from this deadly condition. About 90% of these deaths took place in Africa, mainly among kids under the age of 5 years.

Currently, the only effective protective measures towards malaria in Africa are the use of artemisinin-based combination therapies (ACTs) – which have to be given within one day of fever onset – and insecticides and bed nets to protect against mosquito bites.

GSK’s RTS,S vaccine would be used together with present malaria-prevention approaches; in clinical studies, the vaccine has not proven effective enough to be used alone.

Earlier this year, Clinical Research Society reported on the outcomes of a phase 3 clinical study for RTS,S, which were released in The Lancet.

Initial trial outcomes showed that among individuals aged 5-17 months who obtained three doses of RTS,S, a 46 percent drop in malaria cases was noticed in the 18 months following, while babies aged 6-12 weeks saw a 27 percent decrease in malaria cases.

The investigators then followed individuals for an additional 20-30 months after providing a booster vaccine 18 months after the third dose.

Significantly, the trial outcomes show that without a booster vaccine, the impact of RTS,S wanes over time. In inclusion, the absence of a booster jab hinders the vaccine’s capability to decrease cases of severe malaria.

Because RTS,S does not provide complete protection for malaria, the CHMP say “It is essential that proven safety measures, for example, insecticide-treated bed nets, remain used in add-on to the vaccine.”