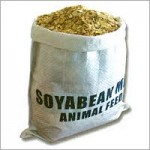 Earlier this Thursday, the regulators were issued an order by a federal judge to commence proceedings in order to revoke approval for the usage of common antibiotics in animal feed. This is in view of the concern that antibiotic-resistant “superbugs” are being created with overuse of these antibiotics thereby endangering human health.

Unless and until drug producers can establish evidence that their product is safe, the U.S. Magistrate Judge Theodore Katz has ordered the US FDA to begin proceedings, and has ruled that the agency must withdraw approval for non-therapeutic use of those drugs.

Such proceedings were initiated by the FDA way back in 1977 following the concerns involving the extensive use of certain antibiotics – particularly tetracyclines and penicillin in livestock feed. However, the approval remained in place because the proceedings were never completed.

Katz wrote, “In the intervening years, the scientific evidence of the risks to human health from the widespread use of antibiotics in livestock has grown, and there is no evidence that the FDA has changed its position that such uses are not shown to be safe.”

Environmental and public-health groups comprising The Natural Resources Defense Council, Center for Science in the Public Interest, and the Union of Concerned Scientists had filed the lawsuit in the Manhattan federal court in May.

According to the argument of the plaintiffs, the rampant growth of antibiotic-resistant bacteria in both animals and humans can be attributed to the extensive use of common antibiotics in livestock feed.

Referencing a 2009 study from the Alliance for the Prudent Use of Antibiotics and Cook County Hospital, the plaintiffs said that the US spends over $20 billion annually on antibiotic-resistant infections.

The FDA was ordered by Katz to abide by the process initiated in 1977 that was formally abandoned in December last year. According to the FDA, it intended to pursue other regulatory strategies to address potential food-safety problems because the proceedings were outdated.

Katz wrote, “The FDA has not issued a single statement since the issuance of the 1977 (notices) that undermines the original findings that the drugs have not been shown to be safe.”

The case is Natural Resources Defense Council et al. v. FDA, in the U.S. District Court for the Southern District of New York, no. 11-3562