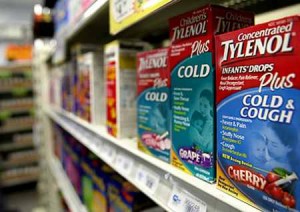 Supporters foresee number of benefits from the plan, from reduced cost, fewer delays, and easy access to certain medications, however the proposal stirred many concerns about the safety of the patients. It was acknowledged by FDA officials that the plan would require changes in regulation and new laws are likely to be made. The concern for prescription drug abuse is something to be worried about and should be considered with this new idea.

“We are not talking about abandoning standards for safety and efficacy, we are talking about leveraging opportunities in science so we can do a more effective job as regulators and also improve the drug development process” says Dr.Marget Hamburg ,FDA Commissioner .

Dr. Janet Woodcock, Director FDA Center of Drug Evaluation and research believes FDA’s plan can setup in a way that would push people towards care not away from it. “It ‘s challenging to convince the doctors and other health professionals that the switch won’t put people in harms way but will push them towards medication. I believe it will happen”, says Dr. Woodcock.

She said, “the over the counter plan is one way to use the technology, such as the online assessment tools are a way to disperse information that can figure specific medication which will treat illness, Blood pressure and Blood sugar screening device tells people when they need to worry. We shouldn’t be locked in 70’s”.

In this concept, pharmacists are likely to play a greater role in dispensing certain medication. Medications available without a prescription would be determined on case by case basis. High risk drugs wouldn’t be on the list . Considering waving the prescription not only drives down the price but also make it available easily.

It is certainly unclear how much money the plan would save consumer says Woodcock; she adds that FDA is also working with insurers to make sure coverage of medication would not be affected.

Some doctors and pharmacists reject the proposal, and believe over the counter status seems to be another effort form FDA to save insurance money, rather than helping patients who cannot afford high drug prices. Also, things might get worse if the expert advice is taken away.

FDA representatives specify that the plan is still in the early stages.