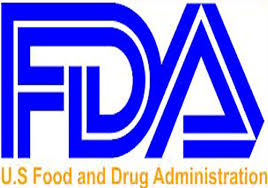 The 27 page final guidance comes after a draft released in October last year and is used to supplement: “Guidance for FDA Reviewers and Sponsors: Content and Review of Chemistry, Manufacturing, and Control (CMC) Information for Human Gene Therapy Investigational New Drug Applications (INDs),” from April 2008.

Concentrating on manufacturing factors and processes, along with product and stability evaluation, the guidance also provides suggestions on preclinical and clinical trials for MVGTs.

MVGTs consist of bacterial vectors like as Salmonella, Listeria or E. coli genetically modified to show cytokines, enzymes, human tumor antigens, growth factors, therapeutic proteins or nucleotides. MVGTs may also be developed by the changes (deletion, truncation, or point mutation) of chromosomal or episomal genes and by the placing of foreign genetic material into the chromosome or into naturally occurring episomes, US FDA states, or by the placing of one or more plasmids.

MVGTs may also be altered to modify their development characteristics, as MVGTs may be live, dead or replication restricted as an outcome of particular biochemical needs or genetic changes.

Belgium based Janssen Pharmaceuticals(it is a part of Johnson & Johnson PRD) was the only commenter on the draft guidance, observing at the outset that the document may have to be extended further from initial INDs to include late stage development considerations.

Janssen also wanted clarification on the need to do in vivo biological activity, safety and biodistribution/persistence profiles of the MVGT product in the absence and presence of antibiotics.

“This seems to be a new need (e.g., the draft guidance says ‘should be assessed’) and surpasses the traditional in vitro antibiotic sensitivity evaluating that has been adequate previously,” the Janssen said. “Taking into consideration that this would be a new requirement, it would be helpful for the FDA to offer further rationale and methodology for this testing. Furthermore, as these characteristics could be microbial vector specific, would it be feasible for a Sponsor to offer alternatives to performing this testing.

The final guidance states that antibiotic sensitivity assessments “should consist of a minimum of two first line therapy and two second line therapy antibiotics generally used to treat infections with the microbial agent(s) for which the MVGT was produced,” and also notes, “Data acquired from these research can assist guide the selection of effective antibiotics, along with proper timing of antibiotic administration in the clinical study.