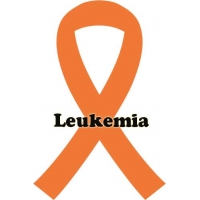 Cancers develop in diversified and heterogeneous forms – breast, stomach, skin, cervical, leukemias and lymphomas and all of which are deeply and intricately connected at the cellular and molecular level. Leukemia is a malignant growth of white blood cells in the blood.

Acute Leukemia could be broadly classified as

Acute lymphoblastic leukemia (ALL) is a clonal proliferation in which early lymphoid (white blood cell) precursors proliferate and take over the normal hematopoietic (blood forming) cells of the bone marrow. ALL is the most common type of cancer and leukemia in children with a good prognosis. However, the prognosis in adult cases of ALL and in paediatric relapse cases is not so encouraging yet.

In ALL there is over production of cancer cells which are unable to mature and cannot fulfil their normal function in fighting microbes.

Fever, loss of appetite, easy bruising/bleeding, inadequate normal white/red cells/platelets, infections in body and fatigue are some of them.

A few important causative factors  of Acute Lymphoblastic leukemia (ALL) are;

The removal and destruction of diseased tissue has been so far, the only means for “cure”for Lymphoblastic leukemia, which would now be in history as,the Food and Drug Administration (FDA) now approvesKymriah, the First Gene Therapy for leukemia which is a Chimeric Antigen Receptor (CAR) T-Cell Therapy.The drug is approved to treat children and young adults up to the age of 25 who do not seem to respond to currently accepted treatment or who have experienced relapses. The scientists cite it as a “living drug” as it utilizes genetically modified immune cells from patients to destroy their cancer.

Every year The United states of America sees about 3,100 patients diagnosed with ALL who are aged 20years and below. The FDA in its recent announcement stated that we are entering a new era in medical discovery with the ability to reprogram a patient’s own genome to attack a deadly cancer. The newly invented technology such as gene and cell therapies have an immense potential to renovate the medicine and create a variation point in the ability to treat and even cure many more stubborn diseases.

The T cells as such can destroy germs either directly or boosting or slowing the activity of other immune system cells. In this new inventedtherapy, the T cells are removed from the patient and genetically modifying the cells in the laboratory to attack and kill leukemia cells. These modified cells are then infused back into patients, also known as CAR-T cell therapy.

Kymriah gives these patients a new treatment option that has shown promising reduction of nearly 83% in 3 months and survival rates in clinical trials in young adults. The treatment is also called as CTL019.

The treatment however did carry little risks that included dangerous overreaction by the immune system known as cytokine-release syndrome.

The treatment would be primarily available only at 32 hospitals and clinics which have been specially trained in administering this therapy. The drug developed by Novartis, costs $4,7500 as a one-time cost to the one who responds to the treatment while patients who fail to respond within a month will not be charged. The company is ensuring to take adequate steps to make the drug affordable to all who is in need.