It is a scene to which most people can most likely relate: the light on your mobile phone is flashing, heralding a notification from Facebook or Twitter, or one of the other social networking sites you have joined. But a new research may give you a purpose to stop; it identified that young people who regularly check their social media accounts are more vulnerable to have sleep disturbances than those who use social media occasionally. 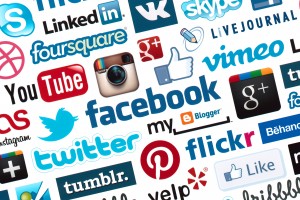 The new study is presented in the journal Preventive Medicine, backed by the National Institutes of Health (NIH) and performed by investigators at the University Of Pittsburgh School Of Medicine in Pennsylvania.

Social media use is quickly growing. According to the Pew Research Center – a self described “nonpartisan fact tank” in Washington, DC, that looks into the “concerns, behavior and trends shaping America and the world” – almost 65% of adults in the US use social networking sites.

Young people aged 18-29, however, are the major social media group; 90% of individuals in this age group use some type of social media.

Even though a lot of factors feed into sleep disturbance in young people, little is known about social media and its connection with sleep disturbance. As such, the team examined this association in 2014, by testing 1,788 adults in the US between 19 and 32 years of age.

Jessica C. Levenson and colleagues used questionnaires to identify the study individuals’ social media use, and they used an established measurement system to research sleep disturbances.

The research team identified that study participants used social media an average of 61 minutes a day and seen their accounts about 30 times per week. In addition, almost 30% of the individuals had sleep disturbance levels that were recognized as high.

In addition, the individuals who spent the most time on social media every day had two times the possibility of suffering from sleep disturbances, in comparison with those who spent much less time visiting their accounts.

Levenson says their study is among the first to show that using social media can affect our sleep. “And it uniquely investigates the connection between social media use and sleep among young people who are, arguably, the 1st generation to grow up with social media,” she adds.

The investigators say the outcomes of their research may recommend that how frequently we use social media could be a superior predictor of sleep disturbances than how long we use it.

Levenson says, if this is the situation, then interventions that counter excessive ‘checking’ behavior may be most efficient.

As with many research, however, correlation does not equal causation, and the investigators caution that additional study is required to flesh out whether social media use leads to sleep disturbance, or vice versa, or both.

Leaving comments on this point, Dr. Brian A. Primack, director of the university’s Center for Research on Media, Technology and Health, states that:

“It also may be that both of these concepts are true. Problems in sleeping may result in higher use of social media, which may consequently lead to more difficulties in sleeping. This pattern may be specifically problematic with social media due to the fact many types involve interactive screen time that is stimulating and rewarding and, therefore, possibly harmful to sleep.”

The research team concludes their research by noting that the “strong connection between social media use and sleep disturbance has significant clinical implications for the health and well-being of young people. Upcoming work should target to evaluate directionality and to further understand the impact of contextual factors connected with social media use.”