Researchers state that exercise may be just as efficient as medicines for dealing with common problems, like coronary heart disease and stroke. It has long been recognized that regular exercise is effective for health in general, but scientists now think exercise is “potentially as effective” as medicine treatment, and they recommend it “should be viewed as a viable option too, or together with, drug therapy.” 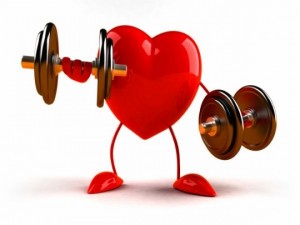 Exercise has well-documented health advantages, yet in England, approximately 1/3 of adults fulfill the suggested levels of exercise. And a latest survey exposed that the same is true in the US. By contrast, prescription medicine rates continue to increase, considerably rising to an average of 17.7 prescriptions for every individual in England in 2010, in comparison with 11.2 in 2000.

However, there is extremely little proof on how physical activity compares with medicines in minimizing the threat of death for common diseases, scientists says.

Huseyin Naci, a scientist from the London School of Economics, is confident that this will change. He states that:”I think there will probably be a culture shift in the forthcoming years with exercise interventions getting more attention. If such a shift happens, sufferers and doctors may need such proof about the comparative life saving advantages of exercise and drugs.

Role in Protecting against diabetes and cardiovascular disease

Scientists compared effectiveness of physical activity vs. medicines on mortality over few situations. They assessed the outcomes of 305 randomized controlled studies involving 339,274 people and identified no statistically noticeable variations in between exercise and drug interventions for secondary prevention of heart disease and avoidance of diabetes.(Secondary prevention refers to dealing with individuals with existing disease prior to it causes considerable illness).

Among stroke patients, exercise was much more successful than drug therapy, while for heart failure, diuretic medicines were more efficient than exercise and all other kinds of drug treatment.

The authors point out that the amount of research proof on the mortality advantages of physical activity is significantly lesser than that on medicines, and this may have had an effect on their outcomes. They claim that this “blind spot” in accessible scientific evidence “prevents prescribers and their sufferers from knowing the clinical circumstances where medicines might provide only modest enhancement but physical activity could produce more powerful or lasting benefits in health.”

Regardless of this concern, they say that, dependent on the accessible data, exercising is possibly as effective as many medicine interventions, and they call for more studies to address the difference between exercise and drug-based treatment evidence.

In cases where medicine choices offer only minimal benefit, sufferers should have to realize the comparative effect that physical activity might have on their situation.