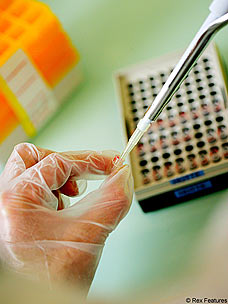 While the pursuit to find the best experimental model continues, limits on experimentation are challenged by scientific advantages. The law in Britain forbids any experiments involving combination of human and ape cells. Then again, China has evidenced cases of combining human stem cells with goats. American scientists are now are contemplating implanting human brain cells into mice.

The concept of creating hybrid animal-human models has raised immense hue and cry because human stem cell research itself is already a matter of great sensitivity and controversy. Further, it involves numerous risks with no assurance for success.

In a report to the government ministers, Martin Bobrow urged the national body of experts to lay special emphasis on the implantation of human brain cells into other animals and thereby install regulations on animal research. This sort of research and experimentation would spark great unrest and invoke concern from the public as it demonstrates a grave ethical dilemma.

Scientists hope that these hybrid animal-human models will provide more understanding to the human body, nature, and help the fight against disease.

Although the use of these semi-human animal models is focused on improving human health, it is vital to identify the consequences and potential limitations of such a model. While bearing in mind the safety of the general population, scientists and government regulators need to join hands to regulate the use of animal-human hybrids in science