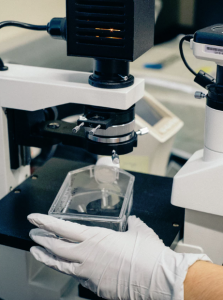 Iron deficiency continues to be a major global health challenge, and a 2017 study reported that, over a 12 year period, the WHO found 25% of all people have anaemia of some form. Treating it seems fairly straightforward, consisting of the replacement of iron in the body. However, numerous conditions, chiefly GI issues, impede any progress.

Technology has enabled clinicians to devise numerous ways of increasing iron uptake with varied success. Finding consistency is crucial, with iron levels linked to mood, physical ability, hemoglobin effective recovery times and overall longevity. New research suggests, however, that the old methods may be the best.

How technology is treating iron deficiency

Given the relatively low stakes of most iron deficiency conditions, research flourishes in the field. Typically, anaemia is treated with iron tablets and transfusions, which have been co opted by medical research methods. However, intravenous injections have raised safety concerns and now, research is being conducted in the Journal of Blood Medicine into the fact that intravenous iron injections can cause hypersensitivity and anaphylaxis. While intravenous transfusion of iron is the most straightforward way to improve iron levels in the bloodstream, technology is arguably not at the level yet to produce full results. Furthermore, new research has shown that old methods of iron enrichment are as effective.

Anaemia has historically been treated with ferrous sulphate or through increasing iron in the diet. However, usage has been scaled back due to its potential issues with the GI system. According to European research website Nutra, research conducted with children by the Baylor College of Medicine, Texas, found that, over 12 weeks those subjects using ferrous sulphate saw their hemoglobin increase by 1.0g/dL against those using other treatments.

Research by Harvard Med back in 2008 suggested that anaemia may have genetic origins. New research, conducted by the American College of Gynecology has suggested that gene therapy may be an option for sickle cell anaemia, and that this can be implemented into other forms of anaemia and blood diseases. This raises the prospect that, in the future, iron deficiency could be eradicated entirely through gene replacement.

Iron deficiency is a very common condition that can have serious side effects. Efforts by technology to make it easy to deal with are encouraging but still fraught with issues. Turning to old methods of managing the condition may prove most fruitful until gene therapy becomes commonplace.