Kids who develop serious wheezing and problems in breathing following a common cold, with a threat of serious lower respiratory tract illness, could advantage from taking a common antibiotic at the initial sign of cold symptoms, with respect to a report in JAMA. 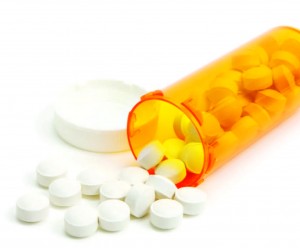 In the present study, Dr. Leonard Bacharier and colleagues examined the antibiotic azithromycin against placebo in 607 kids at nine academic medical centers nationwide.

The kids were aged 1 to 6 years, with histories of developing severe lower respiratory tract illnesses, but usually healthy.

Parents of the kids were provided with the antibiotic while the kids were in good health. Guidelines were to start the course at the earliest symptoms of cold. Researchers worked with each family to recognize a set of earlier symptoms that would suggest when to start the therapy.

Less serious illness in those who got azithromycin

Similar numbers of respiratory infections were reported in both categories, but the intensity of the infections was distinct.

Of the 92 illnesses considered severe due to the fact they needed oral corticosteroids, 57 were in the placebo group and 35 were in the group getting azithromycin.

The antibiotic was provided at the maximum dose accepted by the US FDA for dealing with infection to be able to optimize the anti-inflammatory effects. However, the role of the dosage level in decreasing the level of disease is unclear.

What about antibiotic resistance?

Issues over antibiotic-resistant organisms lead the investigators to do additional study on azithromycin resistance in a subset of 86 sufferers at St. Louis Children’s Hospital.

The impact of azithromycin on antibiotic resistance is for that reason not fully recognized, says Dr. Bacharier, indicating a need for additional research into the distinction in rates of developing resistance.

He also observed that those kids with bacteria resistant to azithromycin could not fare any differently in the research than those without azithromycin-resistant organisms.

Dr. Bacharier adds that around 1 in 6 visits to physicians for asthma symptoms in the US outcomes in the child being recommended an antibiotic, generally after the episode has become serious.

He expressed the need for prudence in antibiotic use, but if kids are having serious episodes for which there is no successful treatment, they will end up taking antibiotics anyway, but not till they are extremely sick.

The present study indicates that early involvement can decrease the risk of kids developing serious respiratory illnesses prior to it happens. Even the kids who developed serious illnesses while on azithromycin revealed less serious symptoms than those who obtained placebo.

“Oral corticosteroids like as prednisone have turned out to be the standard of care for these circumstances. But there are some researches that recommend these therapies don’t continually work for young kids. That’s why we want to discover ways to avoid upper respiratory infections from advancing to lower respiratory tract illnesses. Once the episode gets going, standard treatments are less effective than would be needed.”

The team also indicates examining the effectiveness of this intervention in kids at the “next stage of the condition severity ladder,” particularly, those who receive daily asthma treatment.