Forget about common people who don’t have proper information about drugs; even physicians don’t get sufficient information about the medicines they recommend to their patients. Organizations promote prescription drugs in medical publications to increase sales, but a greater part of them do not give physicians important details such as adverse effects the drugs can have on sufferers, with respect to a study presented in a latest edition of ‘Indian Journal of Medical Ethics’. 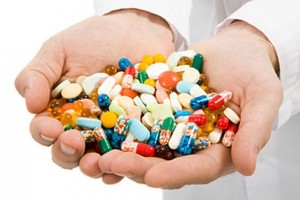 Most physicians rely on advertisements in medical publications or direct promotion by medical representatives to obtain details about new drugs. Absence of complete details stops them from using the medicine in a rational manner, the authors stated.

After examining 54 advertisements of over 145 medicines published in the Journal of Indian Medical Association in between December 2011 and November 12, researchers from MGM Medical College and LSK Hospital, Bihar, identified that while all advertisements described brand names, only 61 percent of them described accepted therapeutic uses.

Only 2 of the 145 ads described names of components identified to trigger problems. Similarly, only 2 advertisements described main adverse drug reactions. Safety measures, contraindications and alerts were outlined in 2 ads, and main interactions were described in just 1 ad.

While physicians said they rely on ads in medical publications as one of the options of drug details, Medical Council of India, the top body for controlling medical practices, has advised them to be cautious while prescribing drugs.

MCI ethics committee chairmen Muzaffar Ahmed said “As of now medical organizations may not be required to print everything, but physicians must have all the information. We have various issues against physicians who recommended drugs without the understanding of contraindications. We have started action towards some physicians, and investigation is on many other doctors.”