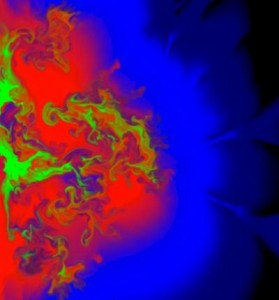 In a new report published in the March issue of the journal GENETICS, authors explain the difficulties related to the development of a cure and new treatments for HIV. The report details explanation from an Australian scientist about his use of computer simulations which led to a finding that a population starting from a single human immunodeficiency virus can evolve fast enough to escape immune defenses. This finding is a novel discovery as it contradicts the common belief that evolution under these circumstances is very slow.

Jack da Silva, Ph.D., author of the study from the School of Molecular and Biomedical Science at the University of Adelaide in Adelaide, Australia says: “I believe the search for a cure for AIDS has failed so far because we do not fully understand how HIV evolves. Further insight into the precise genetic mechanisms by which the virus manages to so readily adapt to all the challenges we throw at it will, hopefully, lead to novel strategies for vaccines and other control measures.”
For this discovery, da Silva employed computer simulation to understand whether the virus could evolve as rapidly under realistic conditions as had been reported if the virus population started from a single individual virus.

To accomplish this, da Silva constructed a model of the virus population followed by simulated killing of virus-infected cells by the immune system, along with mutation, recombination and random genetic changes, due to a small population size, affecting viral genes.

According to results, the virus could evolve rapidly even if the initial population size is one for realistic rates of cell killing, mutation and recombination, and a realistic population size.

Mark Johnston, Editor-in-Chief of the journal GENETICS, said: “A cure for HIV/AIDS has been elusive, and this report sheds light on the reason. Now that we know HIV rapidly evolves, even when its population size is small, we may be able to interfere with its ability to evolve so we can get the most out of the treatments that are developed.”