Mosquito saliva impacts transmission of viruses to a bitten mammalian host. For instance, it consists of aspects that reduce the host immune reaction and so assist in infection. A research presented in PLOS Neglected Tropical Diseases reports on a saliva protein with the opposite impact: D7, a protein existing in Aedes aegypti saliva, holds to Dengue virus and prevents its transmission to human cells and mice. Antibodies against D7, which are existing in humans subjected to mosquito bites, might consequently assist in virus transmission and increase disease intensity. 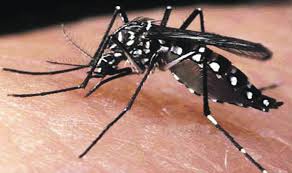 Doing work on approaches to decrease Dengue virus transmission, Michael Conway and colleagues, discover the targeting of mosquito saliva or midgut proteins to prevent transmission of Dengue virus. This approach has advantages in comparison with vaccines based on viral proteins simply because it does not require taking into consideration the various circulating Dengue virus strains or adapting to quickly evolving viruses.

The investigators had formerly isolated proteins from the salivary glands of Aedes aegypti, the mosquito that transmits the Dengue, Zika, and Chikungunya viruses, and examined batches of proteins to see if they could possibly increase or block Dengue virus transmission to human cells. In this research, they targeted on proteins that could prevent Dengue virus.

Examining groups of proteins with inhibitory functionality, the investigators identified high levels of what is known as D7 proteins. Members of the D7 family are well-known to be existing in mosquito saliva and believed to support the blood feeding process. Evaluating uninfected Aedes mosquitoes with Dengue virus infected types, the investigators identified that the latter had enhanced levels of D7 proteins in the salivary glands in comparison with uninfected controls.

They then developed one of the D7 proteins in insect cells and utilized it in additional functional studies. Treating cells that are vulnerable to Dengue virus infection with the D7 protein either prior to or during subjection to the virus considerably decreased Dengue virus RNA levels in the cells, indicating that D7 might both regulate the host cell along with possibly act on the virus straight to inhibit infection or multiplication.

To figure out whether D7 can prevent Dengue virus infection in vivo, the investigators subjected mice that are vulnerable to Dengue virus either to virus alone or to a combo of virus and D7. The existence of D7, they discovered, considerably decreased the levels of Dengue virus RNA both at the exposure site and in nearby lymph nodes (from where virus propagates to the rest of the body).

To understand how D7 protein mediates its anti-viral effect, the investigators tested whether D7 can have interaction with Dengue virus directly. They identified that D7 can combine the Dengue virus via the virus’s envelope protein (which protects the viral surface). These outcomes, the investigators say, “support that D7 protein mediates its anti-viral effect via direct protein-protein interaction, even though it is feasible that modulation of the inflammatory reaction also happens in vivo”.

D7 proteins can cause strong immune responses, and people exposed to mosquitoes have great levels of anti-D7 antibodies. Due to the fact these antibodies probably restrict D7 protein function, the investigators think that “even though anti-D7 antibodies may protect against efficient blood feeding by a mosquito, they may also increase disease transmission and disease intensity”. “Characterizing the complicated interplay of virus-vector-host interactions”, they conclude, “will result in the progression of better models of pathogenesis, approaches to restrict disease transmission, and enhance the development of therapeutics and transmission preventing vaccines”.