The finding of a gene mutation that leads to a rare early aging disease could bring about the progression of medicines that stop the rapid, uncontrollable cell division that makes cancer so dangerous. 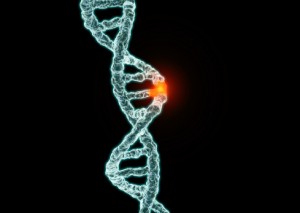 Researchers at the University of Michigan and the U-M Health System lately found a protein mutation that leads to the harmful condition dyskeratosis congenita, in which valuable hematopoietic stem cells cannot regrow and make new blood. Individuals with DC age too early and are vulnerable to cancer and bone marrow failure.

But the research results reach far over and above the roughly one in 1 million identified DC patients, and could eventually cause developing new medicines that prevent cancer from growing, stated Jayakrishnan Nandakumar, assistant professor at U-M Department of Molecular, Cellular, and Developmental Biology.

The DC-triggering mutation takes place in a protein known as TPP1. The mutation prevents TPP1’s capability to bind the enzyme telomerase to the ends of chromosomes, which eventually results in decreased hematopoietic stem cell division. While telomerase is produced less in DC sufferers, the opposite is true for cells in cancer sufferers.

“Telomerase over-production in cancer cells allows them divide unstoppably, which is a characteristic of all cancers,” Nandakumar said. “Suppressing telomerase will be an efficient way to kill cancer cells.”

“It’s achievable that with the most recent advancement in human genome-editing technology, we could, in the not-so-distant future, fix the mutation in hematopoietic stem cells in the bone marrow of DC sufferers,” Nandakumar said.

The results also strengthen how one tiny switch in an amino acid chain can lead to harmful health consequences.

“It was wonderful to us that just eliminating one single amino acid in a protein chain that is 544 amino acids long can outcome in such a serious disease,” Nandakumar said.