Becoming pregnant after the age of 35, is becoming fairly common. Women are postponing having children for a wide range of personal and professional reasons. The question we need to ask is this: Are there any unreasonable health effects to the mother or the child if pregnancy is delayed? 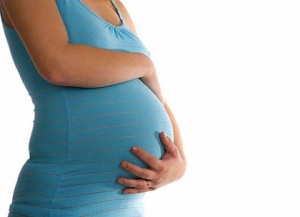 Scientific research has now provided us with an answer. As women age, it can become challenging to conceive and manage a healthy pregnancy. Fertility starts to reduce between the age of 32 and 37, with a quicker decline after 37.

Women are only able to produce a specific number of eggs. As women age, the number and quality of eggs start to decrease, especially while in the 30’s.

In addition, problems like endometriosis or fibroids that may have adverse effect on the capability to conceive become more common with growing age.

While it gets more complicated to conceive with growing age, there are also several risks after getting pregnant that can impact the wellness of both the mother and the baby.

Challenges of pregnancy later in life

Becoming pregnant after the age of 35 can raise the risk of pregnancy related problems for both the mother and baby. As women age, the risk of them building high blood pressure (hypertension) or diabetes (including gestational diabetes) either before or during pregnancy surges. These health issues can have an adverse effect on pregnancy.

The existence of high blood pressure during pregnancy raises the risk of fetal abnormalities as well as the development of the placenta which connects the mother and the baby in the womb.

Gestational diabetes (diabetes during pregnancy) significantly increases the risk of birth defects, hypertension and miscarriage. It also raises the possibilities of having a larger-than-average baby, which can trigger further issues during delivery.

Older women are also at a greater risk for giving birth to babies with chromosome related health conditions, such as Down syndrome.

Older women are at an enhanced risk of the following complications during pregnancy:

Babies that are born prematurely or with a lower birth weight are at an enhanced risk of both short- and long-term health issues, which includes respiratory distress syndrome, infection and developmental delays.

Some investigation indicates that the age of the father at conception may also impact the health of the child, even though more study is needed in this area.