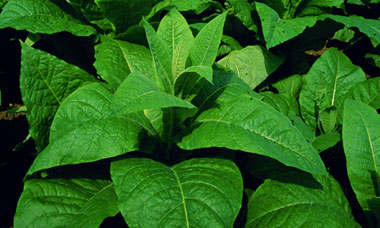 The plant-produced antibody, which is designed to prevent transmission of HIV when applied directly to the vaginal cavity, was tested out in a phase I trial to determine the safety of the product by The Clinical Research Centre at the University of Surrey.

Based on preliminary results to be declared in October, if it product is proven to be safe in 11 participants, the topically-applied anti-HIV microbicide will be tested by researchers for its effectiveness.
The antibody, P2G12, is the active ingredient that blocks infection by recognizing proteins on the surface of HIV. In particular, P2G12 – discovered by private Austrian biotech Polymun – is a monoclonal antibody developed from immune cells for one specific role.

The obtained product was churned out from soil-grown GM tobacco plants cultivated in the greenhouses of the Fraunhofer Institute for Molecular Biology and Applied Ecology in Aachen, Germany.

Compared with biopharmaceuticals that are produced in huge stainless steel fermentation vats containing bacteria or mammalian cells, mass production of medicines within GM plants employs low-cost technology. Rainer Fischer of the Fraunhofer Institute states that production costs could be 10 to 100 times lower with GM plants than using conventional bioreactors.

Developing countries could easily subscribe to the fairly simple manufacturing process to allow production “in the region for the region.”
Julian Ma, project coordinator of St George’s University in London, says that “This opens the potential for plants to manufacture a range of drugs in the developed, and the developing, world.”

The plant-produced antibody is the first biotech medicine to have obtained approval for clinical testing by Britain’s Medicines and Healthcare products Agency. According to Nature News, the agency took a year to provide approval because it wanted to ensure complete absence of allergenic plant sugars or pesticides in the drugs.

Nature News further reports that P2G12 has actually not prevented HIV infection in humans. Therefore, irrespective of how it is produced, this version obtained from tobacco plants will not see a quick approval.

This trial is the culmination of the EU Framework 6 Pharma-Planta consortium of about 30 academic institutions and small companies. The project was launched in 2004 with about $17 million of EU funding.