The Innovative Medicines Initiative (IMI) is establishing a major new venture that will pioneer a new, more flexible method to clinical studies of drugs developed to protect against Alzheimer’s disease. The €53 million venture, which will see several biotechnology and pharmaceutical organizations operating closely together, will goal to speed up drug growth and patient accessibility to the latest therapies. The statement arrives as the UK hosts a G8 summit devoted to dementia in London on 11 December. 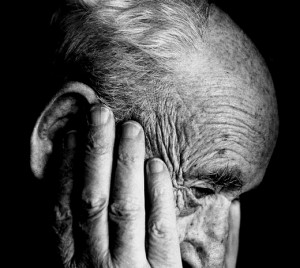 There is an immediate need for new therapies for Alzheimer’s disease. The number of individuals impacted globally is predicted to reach 100 million by 2050, yet regardless of intensive initiatives over many years, there is still no remedy for Alzheimer’s and little in the way of therapies.

The new project will concentrate its attempts on enhancing the system of ‘proof of concept’ studies, beginning stage clinical studies in which scientists seek to figure out if a candidate drug is safe and has an effect on the disease in people. Presently, organizations carry out these tests independently. Each study costs a lot of money, lasts many years, and may need 1000’s of sufferers, half of whom are dealt with a placebo.

The new project will check a new way of operating these proofs of concept studies, in which various candidate drugs are at the same time compared to a placebo. In these circumstances, only about 20% of individuals are in the placebo group, in comparison to 50% in traditional studies. Furthermore, this new ‘adaptive’ trial design enables scientists to adapt the study design in reaction to emerging outcomes. For example, if a candidate medication seems to be to be especially effective in only certain categories of individuals, then task of that medicine can be preferentially instructed to those individuals to confirm this finding. In the same way, new candidate medicines can be added to the trial and drugs that confirm ineffective can be dropped. In addition, this style enables scientists to test both individual medicines and combinations of distinct drugs.

This innovative study model has already been identified to be efficient for examining new therapies for breast cancer. This will be the initial time such a strategy will be applied for Alzheimer’s disease.

Speaking in advance of the G8 summit on dementia, Michel Goldman, IMI Executive Director stated: ‘The obstacle of establishing new therapies for Alzheimer’s disease is too great for any single company, nation or company to tackle only. What is required is an unmatched, international, collaborative strategy bringing jointly all stakeholders involved in the growth of new therapies for Alzheimer’s. As public-private collaboration knowledgeable in running large-scale a task of this nature, IMI is the perfect platform to start this new venture that will preferably delivers immense benefits for individuals.’