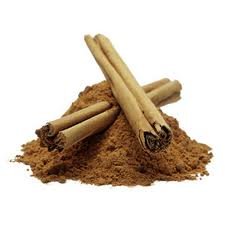 In a study published in the current issue of the Journal of Nutrition, Penn State researchers reveal that the negative effects in the body caused by the intake high-fat meals can be decreased by consuming a spice-rich diet involving turmeric and cinnamon. Associate professor of biobehavioral health from Penn State and study lead, Sheila West, said that high triglycerides levels are seen in the blood of people eating a high-fat meal.

West said, “If this happens too frequently, or if triglyceride levels are raised too much, your risk of heart disease is increased. We found that adding spices to a high-fat meal reduced triglyceride response by about 30 percent, compared to a similar meal with no spices added.”

Six healthy but otherwise overweight men between the ages of 30 and 65 years were included in the study. On two separate days, West and her research team administered meals comprising chicken curry, a cinnamon biscuit, Italian herb bread with two tablespoons of culinary spices added to each serving for the test group, and an identical meal without spices for control group. Blood samples were drawn every 30 minutes from each patient for three hours.
Postdoctoral fellow, Ann Skulas-Ray, remarked: “In the spiced meal, we used rosemary, oregano, cinnamon, turmeric, black pepper, cloves, garlic powder and paprika, because these spices were selected due to their potent antioxidant activity previously under controlled conditions in the lab.”

A 13% increase in blood antioxidant activity and a 20% decrease in insulin response were seen in patients consuming the antioxidant and spice-rich diet.

According to West, many scientists are of the opinion that oxidative stress is one of the leading causes of heart disease, arthritis, and diabetes. The risk of chronic disease can be decreased with antioxidants like spices that have a noteworthy function of reducing oxidative stress. The amount of antioxidants contained in 1.4 ounces of dark chocolate or 5 ounces of red wine was equivalent to that provided by the spice-rich diet used in the trial.
Skulas-Ray stated that participants did not suffer from stomach upset with the addition of two tablespoons of spices to meals. She said, “They enjoyed the food and had no gastrointestinal problems,” adding, “The participants were notified ahead of time that they would be eating highly spiced foods and they were willing to do so.”
In future trials, West aims to investigate whether smaller doses of spices can produce the same results.
Fellow Penn State researchers on the paper include Ann Skulas-Ray, graduate student; Penny Kris-Etherton, Distinguished Professor of Nutrition; Danette Teeter, former research assistant; and John Vanden Heuvel, professor of veterinary science as well as Chung-Yen (Oliver) Chen, scientist, Tufts University. The study was supported by funds from the McCormick Science Institute and National Institutes of Health.