Indian regulatory authority Central Drugs Standards Control Organization (CDSCO) released an alert on 21st Jan 2015 informing state and local bodies that Roche’s blockbuster drug Avastin has not been accepted to treat any ophthalmology problems and can result in vision loss. 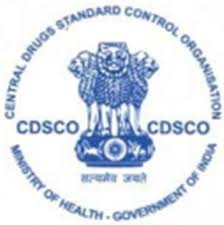 The notice comes 48 hours after authorities in two Indian states put sales of Avastin on hold.

As reported by Reuters, H.G. Koshia, Commissioner, Food and Drug Control in Gujarat, stated that he instructed suppliers to recall one batch of Avastin administered to patients last week and samples of the drug were being examined following the incident of loss of vision of 15 patients at a hospital in Ahmedabad.

“In view to protect the public health and as a precautionary measure, all concerned are hereby instructed that the medicine should not be administered in ophthalmology and the State/UT regulatory regulators may notify their inspectorate staff to observe the movement of the said drug and its use for ophthalmology reasons.”

Telangana one of the other Indian State also directed to freeze all batches of the cancer drug Avastin being sold in the state.

Reacting to the incidents in Gujarat Roche officials said,

“Roche will cooperate fully with any investigations performed by the regulatory authorities; we are taking the incidents in Gujarat very seriously.”

In June, Roche announced its opposition to applying Avastin to treat wet age-related macular degeneration (AMD), for which it is not accepted by the US FDA.

After Avastin was accepted in the US and Europe for other problems more about a 10 years ago, it has been applied off-label to treat AMD. However, Lucentis (Ranibizumab was developed marketed in the US by Genetech, in other nations it is marketed by Novartis on brand name Lucentis) in 2006 became the initial approved drug advised to treat AMD, and Novartis has described the distinctions between the two AMD drugs.

But due to the fact Lucentis prices around 30 times higher than Avastin, and both drugs are believed to be similar in efficacy, various well known health authorities which includes the National Eye Institute (NEI), the World Health Organization (WHO)and the International Council of Ophthalmology (ICO) have backed using Avastin to treat AMD.