Researchers have long examined why our brains select to process only a little amount of data, we encounter in everyday life. Some information gets to our consciousness, while other details – although absorbed – takes a back seat. But a novel research may shed light on why this occurs.

Through applying a general visual illusion, known as, “binocular rivalry,” scientists from the Centre 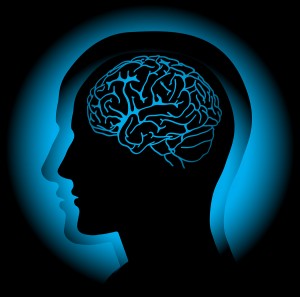 for Integrative Neuroscience at the University of Tübingen was able to determine an important distinction between conscious and unconscious movement that is represented in the brain.

The scientists say that our eyes generally see the similar image. The procedure of binocular rivalry happens when each eye is displayed an entirely distinct image.

Through this procedure, the scientists describe, our brains are incapable to choose which image to approach, with our understanding moving between the two images every few seconds. This indicates the images are “rivals” for our focus, taking turns to get into our consciousness.

For their research, released in the journal Current Biology, the scientists examined an adapted version of the binocular rivalry strategy, on 11 individuals.

The individuals were provided with a distinct image for each eye, but one image was moving while the other was still. The individuals’ eye motions were examined using an infrared eye tracking system. At the same time, the scientists placed magnetic pulses (transcranial magnetic stimulation) to the particular area of the individuals’ brains that performs a part in visual motion in sequence to “disturb” this area.

The scientists identified that the magnetic impulses that triggered the motion area had no impact on the length of time that the moving image was perceived. On the other hand, they identified that individuals perceived the still image for more time. Describing this outcomes, the researchers say, that despite the fact that the outcome was unexpected, applying magnetic pulses while the individuals’ minds were unconsciously producing motion triggered their minds to take longer to become conscious of the moving image. However, they add that once individuals did become conscious of the moving image, magnetic pulses had no impact.

“This outcome indicates a substantial qualitative distinction among the conscious and unconscious reflection of motion.

Transcranial magnetic activation can simply weaken a suppressed representation and as a result delay the time when it becomes dominant once again. However, once motion becomes conscious, it is tougher to disrupt. “In other words, when movement is unconscious, it can find it challenging to win the rivalry towards a still image as its neural representation can be simply disturbed. But motion seems to be more resistant to disturbance once it is conscious”.