A scientifically confirmed anti-diabetes herbal drug, known as ‘BGR-34’, was released by a Council of Scientific and Industrial Research (CSIR) lab in Lucknow, India on 25th of October 2015. A combo of natural ingredients from plants, the drug is based on Ayurveda and has no side effects. The drug is for control of type-II diabetes mellitus. 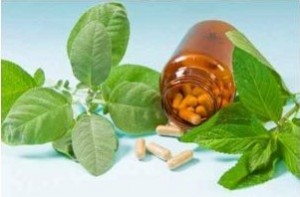 The drug has been collectively formulated by two CSIR laboratories, National Botanical Research Institute (NBRI) and Central Institute for Medicinal and Aromatic Plant (CIMAP). It was released on the 62nd annual day of the NBRI for commercial production and marketing by M/s Aimil Pharamaceuticals Pvt Ltd, New Delhi.

“The drug has ingredients from 4 plants described in Ayurveda and that makes it safe.” It has been examined on animals and scientific study has identified it safe and effective, with clinical studies demonstrating 67% success.

The medicine enhances immune system, performs as anti-oxidant and checks free radicals. Although there are other anti diabetes herbal medicines in the market, ‘BGR-34’ has been confirmed scientifically.

The formulation was released previously by the Vice-President Hamid Ansari in February 2014 at New Delhi, but on 25th, the product was launched commercially.

“We will manufacture it now and it will be accessible in market soon, might be in the coming two weeks.” It will be offered in the form of tablets and may price Rs 500 for 100 tablets.