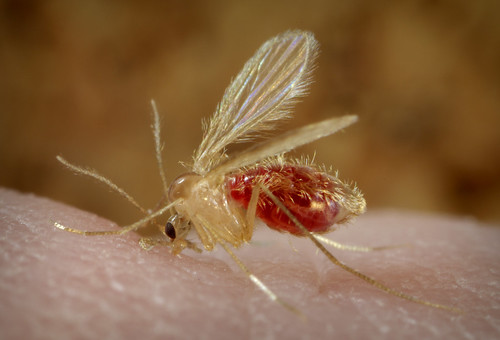 In the August issue of The Journal of Biological Chemistry, a team of researchers led by Professor Malcolm McConville from the Bio21 Institute at the University of Melbourne in Australia reported that they have identified new drug targets for combating the deadly tropical parasite Leishmania by means of tracing the food habits of parasites and describing the precise pathways through which nutrients are metabolized for growth. Each year, nearly 12 million people are infected by Leishmania, and around half a million people are consumed by it.

The team has developed an analytical technique that identifies the metabolic pathways that are indispensable for parasite survival, right down to tracking the specific atoms it consumes for food; hence, this technique can be used to study the metabolism of many infectious parasites and bacteria in detail.

The genus Leishmania was chosen by researchers because of the complexity in its life cycle and its capability to infect many animals causing most vaccines to be ineffective and complicating the treatment process.

Leishmaniasis, a condition that affects humans in 88 countries, is caused by the single-celled parasite called Leishmania. The infected person may develop fatal skin conditions or organ infection based on the species that has caused the disease.

Tiny sandflies house the parasite and transfer them into the blood of humans and other vertebrates with a bite to lay eggs.

In order to track the metabolic pathways that are vital to the parasite’s survival, the carbon atoms in the parasite’s food source (sugar glucose) were labeled by McConville and colleagues. They used a variety of innovative technologies, including gas chromatography-mass spectrometry and nuclear magnetic resonance (NMR), to track the atoms right from ingestion into cells to the time of ejection as secreted metabolites, thereby mapping the metabolic pathways. New drugs can potentially target and block these pathways thereby starving the parasites to death.

The principal research fellow of the Australian National Health and Medical Research Council, McConville, told the media, “This a very significant breakthrough in this field because the more we know about these dangerous pathogens and how they live, the better we can fight them with new, effective drugs.”

The presently available drugs are incapable of targeting specific metabolic pathways and therefore have enormous side effects.

“We now have a greater understanding of Leishmania and can develop specific drugs with minimal side effects,” said McConville.