The U.S. FDA on 23rd Dec 2015 accepted Zurampic (lesinurad) to treat higher levels of uric acid in the blood (hyperuricemia) related with gout, when used together with a xanthine oxidase inhibitor (XOI), a kind of drug that helps to decrease the production of uric acid in the body. 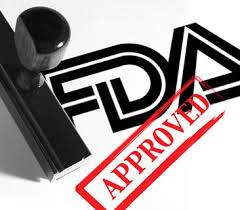 Gout is a painful type of arthritis triggered by the buildup of excessive uric acid in the body, and generally seems to be first as redness, soreness, and inflammation in the big toe. Uric acid in the blood is produced by the break-down of compounds called purines, which are identified in all the body’s tissues. Uric acid generally dissolves in the blood then goes through the kidneys and out of the body in urine. Uric acid can accumulate in the blood, a problem known as hyperuricemia. This takes place when the body raises the quantity of uric acid it makes, the kidneys do not get rid of adequate uric acid, or a person consumes a diet high in purines. Most individuals with hyperuricemia do not develop gout, but if uric acid forms crystals in the body, gout can develop.

Badrul Chowdhury, M.D., director of the DPARP in the FDA’s Center for Drug Evaluation and Research said

Managing hyperuricemia is crucial to the long-term therapy of gout, Zurampic offers a new therapy choice for the many individuals who may develop gout over their lifetimes.”

Zurampic works by assisting the kidney excrete uric acid. It does this by suppressing the function of transporter proteins engaged in uric acid reabsorption in the kidney.

The safety and efficacy for Zurampic were assessed in 3 randomized, placebo-controlled studies together with a XOI that included 1,537 patients for up to 12 months. Participants who were administered Zurampic in combination with a XOI experienced decreased serum uric acid levels in comparison to those who were on a placebo.

The most frequent adverse reactions in these clinical studies were headache, influenza, enhanced blood creatinine, and gastroesophageal reflux disease.

Zurampic has a boxed caution that offers significant safety information for health care professionals, such as the risk for acute kidney (renal) failure, which is very prevalent when used without a XOI and with larger than approved doses of Zurampic.

The FDA is also requesting a postmarketing study to further assess the renal and cardiovascular safety of Zurampic. Zurampic is produced by US based pharmaceutical company AstraZeneca Pharmaceuticals LP.