According to a recent study presented in the journal Cell, “aspirin might be efficient in enhancing the immune system in people suffering from breast, skin and bowel cancer”. 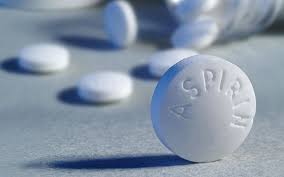 While scientists notify that the use of aspirin in the battle against cancer is still some way off, studies on mice have proven motivating.

Immunotherapy is increasingly being used against the many health problems, including cancer because cancer apparently “tricks” the immune system into enabling it to develop.

One way in which cancer prevents the immune system is via “befriending” T cells, which are cells that search for unnecessary elements like bacteria and viruses in the body’s battle against disease, but surprisingly, do not strike cancer cells.

In the 1990s, a molecule that Japanese researchers call “Programmed Death 1” (PD-1) was identified on the surface of T cells. US scientists then identified that cancer tumors usually developed a matching molecule, “Programmed Death Ligand 1” (PDL-1). In this manner, the cancer is capable to “trick” the T cells into joining, rather than fighting it, thus circumventing the immune system.

This finding led to the development of a group of medicines known as “immune checkpoint blockade therapies.”

One more way in which cancers seem to subvert the immune system includes prostaglandin 2 (PGE2). PGE2 generally leads to inflammatory reaction and fever in bacterial and viral infections, but it has been identified for some time to enhance tumor growth in the GIT.

One concept is that the inflammatory procedure does not usually end when it should. Chronic inflammation can gradually cause modifications, like the development of new blood vessels and DNA mutations, which can give rise to tumors. Cells engaged in specific kinds of inflammation have been identified to generate secretions that promote tumors.

PGE2 in the body is generated by Cyclooxygenase, well-known as COX-1 and COX-2 enzymes. COX inhibitors are presently in the limelight as a way to reduce the production of PGE2 in cancer sufferers. One way of suppressing COX is via nonsteroidal anti-inflammatory drugs (NSAIDs), like aspirin.

This study identified that specific kinds of cancer in mice were considerably slowed by combining aspirin or other COX inhibitors with immunotherapy.

Given the “conservation of signature” throughout mouse and human melanoma, as well as the fact that COX inhibitors seem to decrease gastrointestinal and breast tumors along with melanoma, the team is optimistic that aspirin and identical drugs can be successfully used together with present immunotherapy therapies to tackle bowel, breast and skin cancer.

Citing a study presented in the Journal of the National Cancer Institute, the American Cancer Society recommend that low-dose aspirin could also be helpful in treating and protecting against recurrence of esophageal, ovarian, abdomen and prostate cancer.

Worries that regular low-dose use of aspirin can raise the risk of cardiovascular issues or inner bleeding in cancer sufferers with gastrointestinal issues have not been definitively confirmed, according to the US National Cancer Institute.

As Peter Johnson, Cancer Research UK’s chief clinician, notes concerning the present research, “there is even now some way to go, but it’s an interesting finding that could provide an easy way to significantly enhance the response to treatment in a range of cancers.”