According to report published in journal Molecular Psychiatry,  researchers provided  further evidence that the immune system  plays a major role in psychological health, after finding drugs that  reduce inflammation in a  number of autoimmune conditions may also treat symptoms of depression. 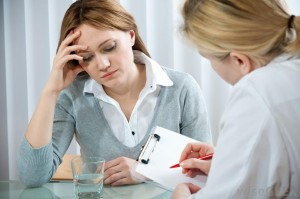 Inflammation is the result of the immune system’s response to injury or infection, whereby immune cells release pro-inflammatory proteins like as cytokines – to combat harmful pathogens.

But this inflammatory response is not always beneficial.  Sometimes, the immune system mistakenly attacks healthy cells and tissues, resulting in auto immune conditions like as Crohn’s disease, rheumatoid arthritis, and psoriasis.

Significantly, researchers have suggested that the immune system and inflammation may also play a role in psychological health.  The current study has been carried out by Dr. Golam Khandaker and team found that children with higher levels of cytokines and other “inflammatory markers” were at greater risk of depression and psychosis in later life.

In clinical trials, two new classes of anti-inflammatory drugs – anti-cytokine monoclonal antibodies and cytokine inhibitors – have been shown to reduce inflammation in a range of autoimmune diseases, and these drugs have already started to be administered to patients who do not respond to standard therapies.

Given the potential link between inflammation and depression, Dr. Khandaker and team members began to investigate whether these drugs might also help alleviate symptoms of depression.

In the current study, the researchers conducted a meta-analysis of twenty clinical trials that assessed the effects of anti-cytokine monoclonal antibodies and cytokine inhibitors in over 5,000 patients with autoimmune diseases.

On  investigating the  additional benefits of the anti-cytokine drugs in each trial – 7 of which were randomized controlled trials including a placebo – the  team  found that the  drugs led to a  significant reduction in symptoms of depression among subjects, regardless of whether they were effective against autoimmune illnesses.

While further research is required, the researchers say their findings suggest anti-cytokine drugs may be a potential therapy choice for patients with depression – especially for those who do not  respond to  current antidepressants.

“About a 75% of patients who are resistant to antidepressants show evidence of inflammation,” notes Dr. Khandaker. “So, anti-inflammatory therapies could be suitable for a large number of individuals who suffer depression.”

“The current approach of a ‘one-size-fits-all’ medication to treat depression is problematic. All currently available antidepressants target a particular type of neurotransmitter, but one third of patients do not respond to these drugs.

The study lead Dr. Golam Khandaker comments that we are now entering the era of ‘personalized medicine’ where we can tailor therapies to individual patients needs. This approach is beginning to succeed in treating cancers, and it’s possible in future, we would use anti-inflammatory drugs in psychiatry for  certain patients with depression.”