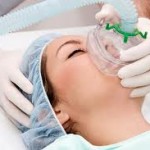 Ever wondered what is it about inhaling anesthesia that causes unconsciousness? This questing is over a decade old and research performed by scientists at the National Institute of Standards and Technology (NIST) and the National Institutes of Health provide new insights which suggest that anesthesia acts by affecting the organization of fat molecules, or lipids, in the outer membrane of the cell thereby varying the capability of signal transmission along nerve cell membranes.

Hirsh Nanda, a scientist at the NIST Center for Neutron Research (NCNR) says, “A better fundamental understanding of inhaled anesthetics could allow us to design better ones with fewer side effects. How these chemicals work in the body is a scientific mystery that stretches back to the Civil War.”

Round about the 21st century, doctors believed that inhaled anesthetics had a certain effect on cell membranes. However, regardless of substantial investigation, the ability of anesthetics to alter the physical properties of membranes large enough to cause anesthesia was not established. Nonetheless, as scientists began to learn more about ion channels, the understanding of membrane function was eventually refined.

Ion channels are pore-forming proteins that help establish and control the voltage gradient across the plasma membrane of cells by allowing the flow of ions down their electrochemical gradient Ion channels. Just a few decades ago, inhaled anesthetics were believed to interact directly with these protein channels thereby affecting their behavior in a certain way. However, not a single type of ion channel was identified that reacted to anesthetics in a manner that was crucial enough to settle the unanswered question.
Nanda says, “That’s where we picked up the thread. We had been looking at how different types of lipid molecules affect ion channels.”
A cell membrane is highly fluid comprising different types of lipid molecules; however, the immediate region surrounding an ion channel comprises single type of lipids that form a sort of “raft” that is less fluid and more ordered as compared with the rest of the membrane. When the team discovered that disrupting these lipid rafts could alter a channel’s function, they acted on their prior experience on working with the channels.

Nanda says, “We decided to test whether inhaled anesthetics could have an effect on rafts in model cell membranes. No one had thought to ask the question before.”

The team used the neutron and X-ray diffraction devices from the NCNR as their microscope to determine how a model cell membrane responded to two chemicals, i.e., inhaled anesthetic, and another entity that is similar to an anesthetic in its chemical properties but does not cause unconsciousness.

There was a significant difference in the way the lipid rafts responded: they found that the rafts grew disorderly, freely mixing its lipids with the surrounding membrane on exposing the membrane to an anesthetic while a dramatically smaller effect was noted with the second chemical.

Although Nanda is of the opinion that their discovery did not provide a definitive answer to the question, he and his co-authors are following up with other experiments that could clarify the issue. He says, “We feel the discovery has opened up an entirely new line of inquiry into this very old puzzle.”