Alemtuzumab, a disease modifying drug (DMD), has been found to reverse some of the physical manifestations caused by relapsing-remitting multiple sclerosis (RRMS).  This discovery opens up promising avenues in the treatment of patients with neurological diseases. 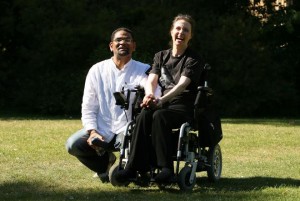 DMDs are a group of treatments for people diagnosed with RRMS, which act by decreasing the number and intensity of relapses patients experience.

While many DMD therapies pose significant health risks, as compared with other MS drugs, the risk of side effects from Alemtuzumab is the highest. As a consequence, alemtuzumab is usually recommended for use in individuals who have not responded well to other MS drugs. However, in this study, the drug was used relatively early in the course of disease.

“While many MS drugs slow the progress of disability, there have been little evidence on the efficacy of current therapies to help restore function previously lost to MS.”

Researchers enrolled volunteers with RRMS who had not responded well to one or more MS drugs and divided them into 2 groups. The first group of 426 individuals was treated with alemtuzumab, while the other group of 202 individuals was treated with the drug interferon beta-1a which decrease and may prevent the inflammation that damages nerves in MS.

Individuals’ level of disability was assessed at the start of the study and then at a regular intervals of 3 months for a duration of 2 years.

The researchers found that nearly 28 % of subjects administered with a Alemtuzumab had improved on a disability test by at least one point on a scale of 0-10, compared with 15 % of interferon beta-1a subjects.

In comparision to individuals administered with interferon beta-1a, those administered with Alemtuzumab were found to be 2 ½ times more likely to improve on scores of thinking abilities. Alemtuzumab treated individuals were also found to be more than two times as likely to improve in ataxia – a group of disorders that affect coordination, balance, and speech – enabling them to move without tremor or clumsy movements.

Results were assessed to ensure improvements were not an outcome of individuals recovering from recent relapses.

Dr. Bibiana Bielekova, of the National Institute of Neurological Disorders and Stroke in Bethesda said,

“These results are  encouraging, but exactlyhow alemtuzumab may reverse damage, whether it’s through repairing myelin, creating new nerve synapses, greatly reducing inflammation or some other mechanism, is yet to be investigated.”

Study author Dr. Gavin Giovannoni concludes by stating that the benefits of Alemtuzumab need to be considered along with the side effects of using the drug, which include the risk of serious and rarely fatal autoimmune issues, as well as infusion reactions.