Thanks to enhanced disease control, international deaths to malaria have dropped significantly, and the number of new cases is continuously cutting down, say the World Health Organization in a recent report. Also, an growing number of nations are shifting toward removing the mosquito-borne disease altogether. But the UN agency cautions these gains are fragile, and no more so than in nations worse-affected by the Ebola epidemic. 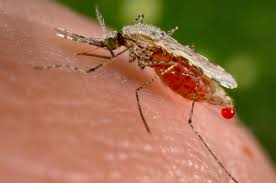 The 2014 World Health Organization (WHO) statement says deaths to malaria globally dropped by 47% in between 2000 and 2013. In the WHO African Region, in which 90% of deaths to malaria happen, the decrease is 54%.

WHO say the impressive progress is thanks to enhanced malaria control, which includes superior diagnosis and therapy and more access to defense systems such as effective bed-nets.

On the other hand, WHO Director-General Dr. Margaret Chan says that:

“We can win the battle against malaria. We have the perfect tools and our protections are working. But we even now need to get all those methods to a much more individuals if we are to make these benefits maintainable.”

Malaria is a large global issue, frightening over 3 billion individuals in 97 countries. WHO reports for 2013 recommend 198 million individuals are residing with malaria – 81% of them in Africa. The disease claimed an approximated 584,000 lives in 2013, which includes 453,000 children within the age of 5.

People catch malaria via the bite of a mosquito contaminated with the Plasmodium parasite. Once it receives into the new host’s bloodstream, the parasite invades and damages red blood cells.

As the RBCs succumb to the parasite, the infected person experiences symptoms of malaria, which includes tiredness, headache, muscle aches, nausea, chills, vomiting and diarrhea.

Serious malaria is triggered by a species of Plasmodium identified as P. falciparum and outcomes in coma, serious breathing issues, low blood sugar and serious anemia. If neglected, it can be crucial. Children are particularly susceptible because they have small or no immunity to the parasite.

Regardless of raise in population, sub-Saharan Africa sees drop in malaria cases

The recent WHO report comprises of a new research of the malaria scenario throughout sub-Saharan prevention strategies. In the 3 nations most seriously impacted, where despite a 43% raise in the population among 2000 and 2013, the amount of individuals attacked with malaria dropped from 173-128 million.

Enhanced control of malaria is the cause for this dramatic progress, claims the report. For instance, access to insecticide-treated bed nets has enhanced considerably in the previous 10 years. In 2004, only 3% of the malaria-endangered population in sub-Saharan Africa could get hold of an efficient bed-net. By 2013, this number was almost 50%.

Enhanced access to superior diagnosis and therapy is also accountable for the remarkable fall in deaths and cases, claims the UN health agency. The amount of quick diagnostic tests bought for malaria shot up from 45 million in 2008 to 318 million in 2013. There was an even higher rise in purchasing of artemisinin-based combo therapies – a key therapy for malaria – from 11 million courses in 2005 to 391 million in 2013.

The report notes that more nations are shifting toward reduction of malaria, and many areas are announcing ambitious objectives. For example, at a latest East Asia Summit there was a announcement to eradicate malaria from the Asia-Pacific by 2030.

On the other hand, the benefits are delicate and considerable challenges stay. Among these is the increase in insecticide resistance and therapy resistance, and the fact large numbers of individuals continue to do not have accessibility to accurate diagnosis and efficient treatment. Improvement is also slow in growing preventive therapy for pregnant women and the under-5s.

WHO say financing is also a issue – regardless of it having trebled since 2005, it is continue to 50% short of the $5.1 billion required to obtain global objectives.

Especially at risk is the progress on malaria in the West African nations impacted by the present Ebola epidemic. The outbreak has had a harmful effect on the roll-out of malaria therapy and prevention techniques. In the 3 countries most seriously impacted by Ebola – Guinea, Sierra Leone and Liberia – most inpatient services are shut down, and out-patient services are only a small portion of what they were prior to the epidemic.

WHO have released new guidance for malaria control in these 3 nations, where in 2013, there were 6.5 million cases of malaria and 20,000 lives lost to the condition.

The new malaria management guidance for Guinea, Sierra Leone and Liberia, contains offering malaria therapy to all sufferers with fever – even if they have been examined for malaria – and to give anti-malaria medication to all in areas intensely impacted by Ebola where malaria transmission is higher.

The WHO report also claims the require for more anti-malaria bednets in Ebola-affected areas is being fulfilled by a boost in global donor funds.

Ray Chambers, the UN Secretary-General’s Special Envoy for Malaria, understands the progress but states that we should not lose sight of the goal:

“While remaining focused on the work ahead, we must note that the number of kids passing away from malaria today is considerably less than 8 years ago. The world can assume even higher reductions in malaria cases and death rate by the end of 2015, but any death from malaria continues to be simply unacceptable.”