According to a new study presented in Nature Communications, Africa is at greater risk of drug resistant malaria than earlier thought; the research shows it is realistic to think that drug-resistant types of the parasite – presently limited to Southeast Asia can easily propagate to Africa. 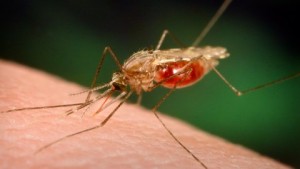 Almost 1 million individuals die of malaria each year, mainly babies, kids and pregnant ladies, the greater part of who are Africans. Reports suggest that 2 kids die every one minute due to malaria.

The primary drug for treating malaria, artemisinin, is growing to be less and less efficient in Southeast Asia because of the spread of resistant strains of Plasmodium falciparum – the most harmful of the malaria parasites. Experts are worried that these drug-resistant parasites will propagate to Africa.

Presently, the drug-resistant parasites are propagated by Anopheles mosquitoes that are restricted to Southeast Asia, and prior to this new research, researchers had little idea of the possibility of it spreading to Africa, where the main carrier of malaria is the Anopheles coluzzii mosquito, earlier known as the Anopheles gambiae.

The investigators behind the new research decided one way to evaluate the risk was to establish whether resistant strains of P. falciparum can infect the African mosquitoes.

For their research, they infected different mosquito species from Southeast Asia and Africa with drug-resistant parasites from Cambodia in a laboratory environment.

Particularly, they produced gametocytes or germ cells from samples that shown artemisinin resistance in sufferers and in lab cultures. Mature gametocytes are accountable for the propagation of the parasite from infected individuals to mosquitoes.

They identified that artemisinin-resistant P. falciparum simply infected the Southeast-Asian mosquito carriers A. dirus and A. minimus along with the African A. coluzzii. They conclude:

“The capability of artemisinin-resistant parasites to infect like highly different Anopheles species, combined with their greater gametocyte prevalence in sufferers, may describe the quick development of these parasites in Cambodia and neighboring nations, and additional compromise efforts to protect against their global spread.”

The investigators also identified that drug-resistant parasites share a genetic aspect that allows them to evade the mosquitoes’ immune system and may describe how they are able to invade such a diverse range of species.

They now plan to research whether any other genetic characteristics help the parasites to infect mosquitoes, and also discover which Anopheles species from Cambodia are naturally transferring artemisinin-resistant parasites in the wild.