A large research of the genetic mechanisms of chemo- resistance in high-grade serous ovarian carcinoma shows new clues on why the most harmful and most frequent form of ovarian cancer so frequently comes back after initially successful chemotherapy. 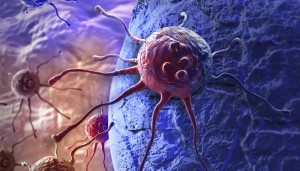 Level of resistance to chemotherapy is a main aspect in the poor survival rate of females who develop high-grade serous ovarian carcinoma (HSC), the most dangerous form of ovarian cancer.

HSC accounts for around 3/4th of all ovarian cancers, and more than 50% of deaths associated to the condition. Each year, about 80,000 women globally die of HSC, a figure that has barely changed in recent years.

The new study is presented in the journal Nature.

Co-senior author and Professor David Bowtell, says our present understanding is not sufficient enough to make successful clinical decisions about how to deal with ovarian cancer that comes back after therapy:

“For years physicians around the globe have watched HSCs reduce under attack from chemotherapy, prior to returning aggressively months or years later.”

In their report, he and his colleagues explain how they entirely sequenced the genomes of 114 HSC samples from 92 sufferers and identified various clues about how the aggressive cancer modifies from initially being vulnerable, to gradually becoming highly tolerant to chemotherapy.

The samples were gathered from the sufferers at different levels in disease progression – some at diagnosis, some following successful and unsuccessful therapy, and others quickly after death.

Prof. Bowtell describes that by completely sequencing the genomes from samples obtained at various levels of the disease, for the initial time we have a map of how HSC advances under the selective pressure of the chemotherapy.

The outcomes show a minimum of four genetic modifications that the cancer goes through to evade initially effective chemotherapy. Prof. Bowtell explains them:

“In two of the mechanisms, cancer cells find out a way of rejuvenating their capability to fix damaged DNA and thus avoid the effects of chemotherapy; in one more, cancer cells ‘hijack’ a genetic switch that allows them to pump chemotherapy medicines out of harm’s way.

A additional mechanism sees the molecular design of the cancer tissue shift and reshape, like that sheets of ‘scar tissue’ seem to block chemotherapy from attaining its target.”

The investigators say this is the initial time that the complex disease has been mapped at this level of detail, and think their results point to a variety of new approaches that could be used to enhance prospects for sufferers with repeated ovarian cancer.

For instance, they could assist predict which medicines are likely to be useless, and thus prevent wasting time using them in the first place.