A new research maps the way Parkinson’s moves from affected to healthy tissue in the earlier stages of this brain-wasting disease. 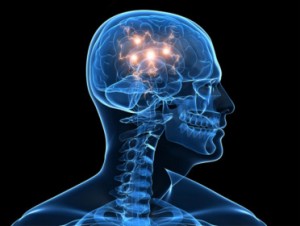 The outcomes should improve our understanding of how Parkinson’s disease propagates, say investigators from McGill University in Montreal, Canada, who reported their results in the journal eLife.

This map is one of the first to display the level and distribution of the atrophy that Parkinson’s disease leads to as it propagates through various regions of the brain.

Earlier research have not been capable to continually show regional atrophy in the early phases of Parkinson’s disease due to the fact the data sets and sample sizes have been very small and the strategies were not sensitive enough.

This provided them accessibility to more MRI scans and clinical data than had never been used in a study like this before. This, collectively with many more sensitive approaches, is what helped them to pin point the brain areas that atrophy in the early phases of Parkinson’s disease.

The scans and data permitted them to evaluate the brain framework of 232 sufferers in the early phases of Parkinson’s disease (PD) with 117 healthy people of same ages.

They identified that the condition advances from cell to cell via the brain along networks, as Dr. Dagher – a neurologist expert in movement problems and functional brain imaging – describes:

“The atrophy patterns on MRI’s demonstrates how the disease propagates via brain networks – something that had never been proven in parkinson patients before, and would support the hypothesis that PD is triggered by a ‘toxic agent’ that propagates trans-neuronally.”

This adds weight to the idea that Parkinson’s is a prion-like condition triggered by a toxic, misfolded protein known as alpha-synuclein. The protein duplicates itself and travels along brain networks, clogging up cells on its way.

Mapping will continue as disease advances in the individuals

Monitoring of the sufferers in the research will continue, with yearly evaluations predicted to produce a wealth of data so scientists can keep on mapping the disease development through the brain.

Therapies for the symptoms are available, but there is no treatment for Parkinson’s – a condition that impacts an approximated 7-10 million individuals globally. The condition destroys brain cells that release dopamine, a chemical messenger that allows to control movement, emotional reactions and other functions.

As the disease advances, the brain’s supply of dopamine dwindles, giving rise to a variety of symptoms such as tremor, stiffness, slowness of movement and reduced balance. The symptoms progressively get worse and day-to-day aspects of life that most of us take for granted – like walking, talking and taking care of oneself – become progressively complicated.

The team behind the present research hopes the mapping the disease progression will help develop new tests for medicines that focus on the culprit protein, an avenue that may result in therapies that protect against, slow or even reverse Parkinson’s disease.