Scientists have invested over 40 years to find out how the chemical component sodium controls the signaling of opioid receptors in the brain – a category of receptors that perform an essential role in pain disorders and addictions. Now, researchers from The Scripps Research Institute and the University of North Carolina say that, they have profoundly discovered the mechanism.

The study team, guided by Dr. Gustavo Fenalti of The Scripps Research Institute (TSRI), states that their results could guide to the development of new medicines for an range of brain-related medical problems. 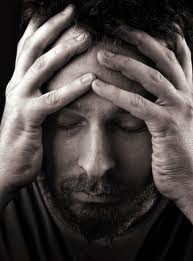 In the beginning 1970s, scientists from Johns Hopkins University identified that sodium ions act as a switch for the signaling of opioid receptors, and in addition, the ions can decrease the connections between opioid peptides and mimicking medicines, and opioid receptors.

However, it is not clear as to how sodium ions basically do this.

With respect to the researchers, opioid receptors have been challenging in research. They notice that they are “flimsy and fragile” when produced in isolation, which means they are difficult to evaluate using the standard “structure-mapping method” for large proteins – identified as X-ray crystallography.

But for this research, studies of which have recently been published in the journal Nature, the group designed a new “fusion-protein-stabilized” model of a major opioid receptor in the human brain – the delta opioid receptor.

They established crystals of the new receptor, and utilizing X-ray crystallography, the scientists were able to view its design at a quality of 1.8 angstroms, or 180 trillionths of a meter. The researchers note that this is the clearest picture to date of an opioid receptor.

From this, the scientists identified that the delta opioid receptor has an “allosteric sodium site,” in which a sodium ion can get into and change receptor action. They also recognized amino acids that are accountable for leading to the signal-modulating action of the sodium ions and keeping the ions in place.

“We identified that the existence of the sodium ion maintains the receptor protein in a shape that provides it a various affinity for its equivalent neurotransmitter peptides,” explains Dr. Fenalti.

Leaving comments on their results, Prof. Raymond Stevens, of TSRI and senior author of the study, claims that:

“This discovery has assisted us decipher a 40-year-old mystery about sodium’s management of opioid receptors. It is wonderful how sodium sits right in the center of the receptor as a co-factor or allosteric modulator.”