Investigators have re-opened stored data sets examining the associations between vegetable oils, reduced cholesterol levels and heart risk. The outcomes fly in the face of present theories and ask whether “unfinished publication has contributed to over approximation of advantages.” 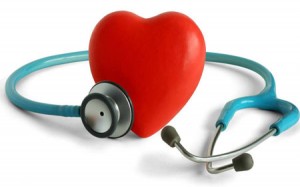 The standard diet-heart hypothesis says that, for the benefit of our heart, we must substitute saturated fats with unsaturated fats, like vegetable oils rich in linoleic acid.

This, for that reason, stops heart-related health problems and increases life expectancy. At least, that is the generally held perception.

A new research, re-opening data sets gathered nearly 50 years ago, asks questions on this standard presentation. The outcomes, presented in The BMJ, are guaranteed to spark lively discussion. If we are to re-evaluate our stand on fats, where does our present knowledge regarding the advantages of unsaturated fats originate from?

A group of investigators, lead by Christopher Ramsden, cracked the vaults of a research that directly assessed this concept. The research, known as the Minnesota Coronary Experiment (MCE), was performed four and half decades ago.

Data from the MCE were presented at the time, but due to the outcomes were not as predicted, the researchers reported no variation between the groups, and the report was presented without fanfare.

With respect to Ramsden, the MCE was “the biggest (n=9,570) and probably the very thoroughly implemented dietary study of cholesterol decreasing by substitute of saturated fat with vegetable oil rich in linoleic acid.”

The MCE used individuals from mental institutes and nursing homes for a optimum of 4.5 years. The control group consumed a diet rich in saturated fat on the other hand the experimental group’s saturated fats were substituted by corn oil (rich in linoleic acid).

Because the individuals were residing full-time in institutions, all of their meals were offered, providing the experiment an unparalleled control over their diets. In addition, it was the only study of this kind to investigate coronary, aortic and cerebrovascular atherosclerosis following death with a post-mortem.

The real outcomes of linoleic acid

As predicted, the group that taken the linoleic acid in preference to saturated fats demonstrated a decrease in cholesterol; this was no amaze. What was a shock was that this fall in cholesterol did not convert into enhanced survival rates; fairly the reverse.

Participants of the linoleic group with the greatest decrease in blood cholesterol had the greatest risk of death.

Even though it is tempting to think about the MCE outcomes an anomaly, they are not the initial historical research that Ramsden’s team has reopened.

In 2013, the investigators viewed at a similar study – the Sydney Diet Heart Study. This previously data-mining exercise pulled in similar results. They identified that deaths from coronary heart disease were greater in the group that substituted saturated fat with linoleic acid.

As the authors state:

“Collective results do not offer support for the central diet heart tenet, that the serum cholesterol decreasing effects, of replacing saturated fat with linoleic acid, translate to decreased risks of coronary heart disease and death.”

The consequences are two-fold. First of all, there is the issue that present advice and thinking in respect to cholesterol, saturated fats and linoleic acid might be wrong.

Secondly, there is the worry that unpublished data could be hiding any number of identical results. Ramsden states that the MCE outcomes “add to increasing proof that incomplete publication has contributed to overestimation of the advantages of replacing saturated fat with vegetable oils rich in linoleic acid.”

As with any study, there are boundaries to the MCE; for example, individuals’ smoking status, psychiatric history and medicine use were not collated.

However, restrictions aside, the entire results pose a wealth of new concerns. In an editorial that accompanies the paper, Lennert Veerman, a senior lecturer at the University of Queensland, Australia, leaves us with a dash of common sense to guide us through the confusion we have been left with:

“We must keep including (and recommend others to include) more fish, fruits, veggies and whole grains in our diet. We must stay away from salt, sugar, industrial trans fats and avoid over-eating.”