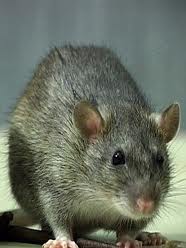 The team lead by Susan Farr developed a substance known as antisense oligonucleotide (OL-1). When examined on mouse models with Alzheimer’s, they identified the compound reversed classic symptoms of the Alzheimer’s disease – brain soreness and learning and memory failures.

The scientists describe that OL-1 works by preventing messenger RNA (mRNA) that promotes the production of excess amyloid-beta protein, which can led to the growth of amyloid-beta plaques – a hallmark of Alzheimer’s disease.

To reach their findings, lately published in the Journal of Alzheimer’s Disease, the group tested OL-1 on genetically engineered mice that overproduced a “mutant” type of the human amyloid-beta protein precursor gene.

The mice had high levels of the amyloid-beta protein, which enhanced inflammation in the brain and triggered damaged to the hippocampus, leading to learning and memory problems.

To serve as a comparison, the scientists examined a random antisense substance on healthy wild mice. Around half of the genetically engineered mice obtained the same antisense compound, while the other half got OL-1.

All mice were then subject to a set of studies that calculated learning, memory and appropriate behavior – like as identifying an object, discovering an unfamiliar location and discovering their way through a maze.

On contrasting the outcomes of OL-1 in genetically engineered mice and the random antisense substance in wild mice, the scientists identified no variations in learning and memory.

In addition, the scientists examined different injection sites of OL-1 on the mice, like as through the CNS so it entered the brain directly, and via a tail vein so it distributed the bloodstream. Nevertheless, they identified that injection site had no influence on outcomes.